Can Marriage Proposals Still Be A Surprise? 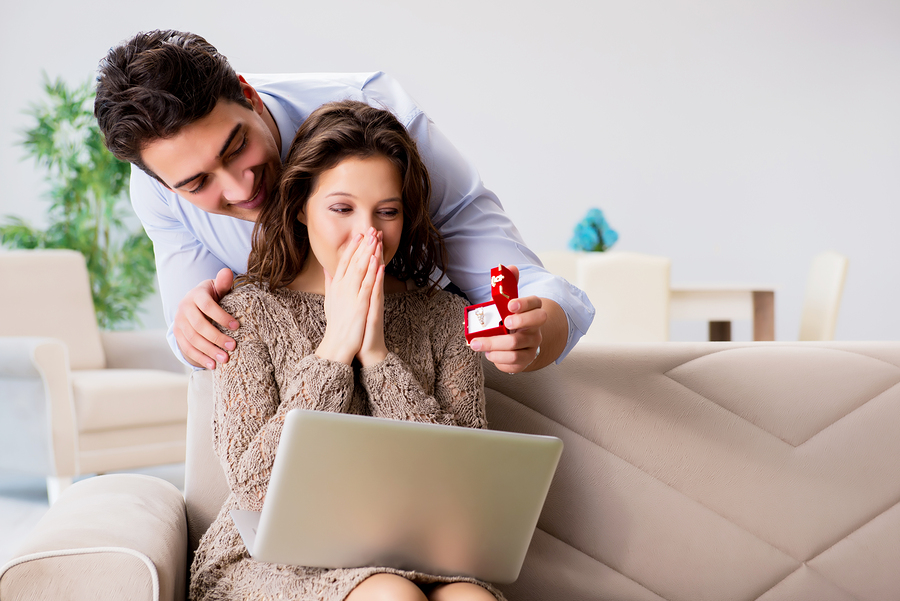 According to recent studies, less than half of women prefer for their marriage proposal to be a surprise (47%). These same studies reported that this is because of a few different reasons. For one, many women want to pick out their own engagement ring—or at least have a say in what it looks like. Other women don’t want to get emotional in front of other people, especially when they aren’t mentally prepared for it, and others don’t want a surprise proposal because they want to feel in control of the moment. Meaning, the thought of being proposed to in public or having to solve an elaborate “proposal puzzle” is horrifying to them. And then there are women who prefer to plan out the entire engagement process together because they feel it makes the partnership stronger to go through the process together.

So the question is, how are brides being proposed to nowadays? How are couples handling the engagement process, either together or separately? Here are a few ways that couples are choosing to propose in 2017.

She Plays the Waiting Game

This seems to be the most common and popular choice for engagements, and the majority of couples end up doing this. They go ring shopping together to make sure the ring is just right, and then the bride-to-be steps back and “forgets” about it, leaving it up to her future husband to surprise her with the actual proposal. This ensures that she loves her ring, but she still gets the surprise—sort of.

She Gives Him a Clue

Some women are fine simply pointing out rings or styles that they like here and there in order to give her groom-to-be an idea of what she likes. It could be a picture in a magazine, mentioning a jewelry company she likes, or admiring a friend’s ring. By heavily hinting at her taste in wedding rings, she’s saying, “Whenever you feel like getting me a ring, this is the kind I like.”

Many couples these days are fine with no surprise at all. They live together, they plan every aspect of the engagement together, they go ring shopping together, and they may even plan an “engagement getaway” together. By going through all of it as one, many couples believe that their relationship will be strengthened.

Out of the Blue

This is the classic, old-fashioned,“romantic movie” method of wedding proposals: the total surprise, with a ring and all. This is what many people still think of when they think of a proposal, and plenty of women want exactly this—but many others don’t. However, when your groom-to-be knows you well, this method should go perfectly. For the ladies who love surprises, this will always be the winner.

Best of Both Worlds

This seems to be fantastic idea for a marriage proposal, but for some reason it trails behind some of the other concepts. The groom-t0-be plans a total surprise proposal and uses a temporary ring, and then if she says yes (fingers crossed!), they go shopping afterward and she gets to pick out a real ring. This concept works because he will not be empty-handed when he proposes, she still gets to choose her ring, and the romantic element of surprise is still there. However, this method wouldn’t work for the women who want control over their proposal and may be worried about showing too much emotion in public. If he knows her well, though, he will know this and plan for privacy.

Which would you prefer—a surprise or a planned marriage proposal? Or perhaps you’re already engaged! If so, and if you’re planning your wedding in Los Angeles, check out our venue gallery at Hollywood Banquet Hall, or ask us about pricing and availability. We will give you your dream wedding with LA’s best service and event amenities!